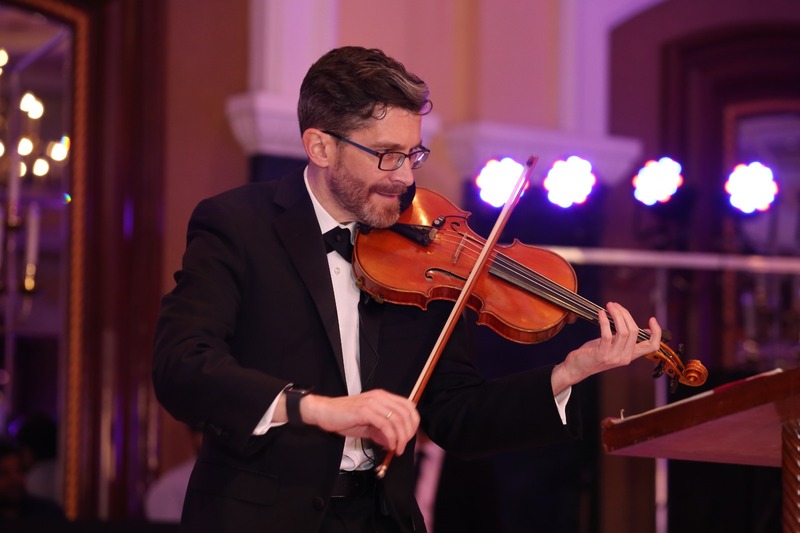 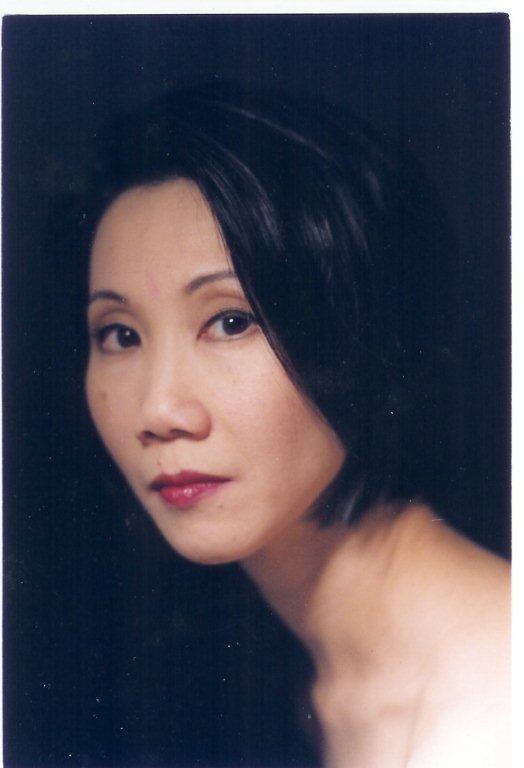 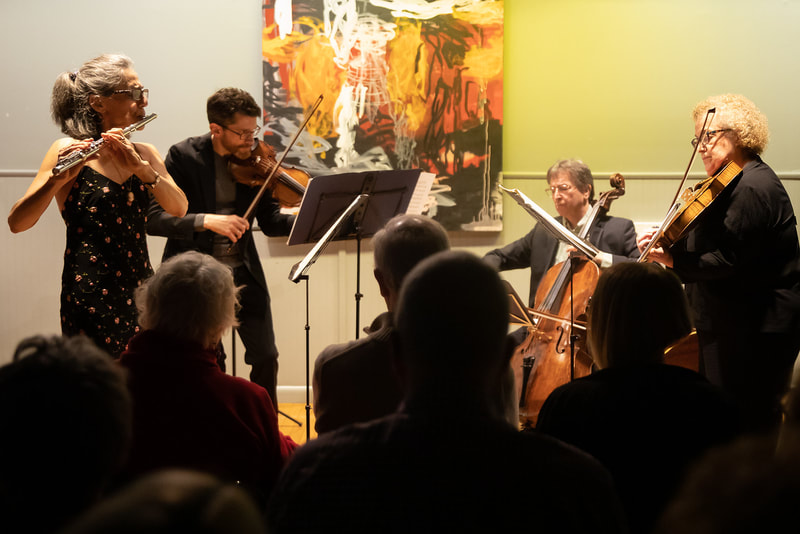 Concerts Around the Corner

Concerts Around the Corner is the classical and jazz chamber music series produced by the Cultural Arts Coalition under the guidance of Robert Zubrycki, Musical Artistic Director. The Coalition presents approximately 6 concerts each year. Most have been performed in the Studio Around The Corner, an acoustical intimate environment and outdoors at the Space at Ryder Farm. We are proud to say that the concerts we hold are performed by talented musical experts who are associated with the American Symphony Orchestra and Broadway. Our goal is to provide concertgoers with the experience of seeing our concerts in the restored Old Town Hall Theater.

Our concerts are funded through a variety of sources including ticket sales, grants, and general Coalition fundraising activities. Most critical to the viability of these series, however, are "Sponsorships of Concerts Around the Corner", who give annually at levels of Impresario, Soloist, Leader, and Ensemble. If you are interested in becoming a Supporter to ensure that the concerts continue into the future, please contribute here.

We are also in gratitude to the Putnam Arts Council through which Concerts Around the Corner is made possible in part by the NYS Council on the Arts with the support of Governor Andrew Cuomo and the NYS Legislature. In Putnam County, this program is managed and monitored by the Putnam Arts Council, Mahopac, NY.
2022 Sponsors:
​
Media Sponsor:
Brewster HamletHub

The Coalition’s Steinway L Series grand piano is on extended loan from Cheryl Palmer & Estate of Edward H. Vito, Sr., made possible by the generosity of Cheryl Palmer as well as Rob and Sefani Goselink.

Concerts Around the Corner is made possible in part by the NYS Council on the Arts with the support of Governor Andrew Cuomo and the NYS Legislature. In Putnam County, this program is managed and monitored by the Putnam Arts Council, Mahopac, NY.  ​
Rachel and Keve
July 25th, 2020
Photos on display by Brian Alberghini 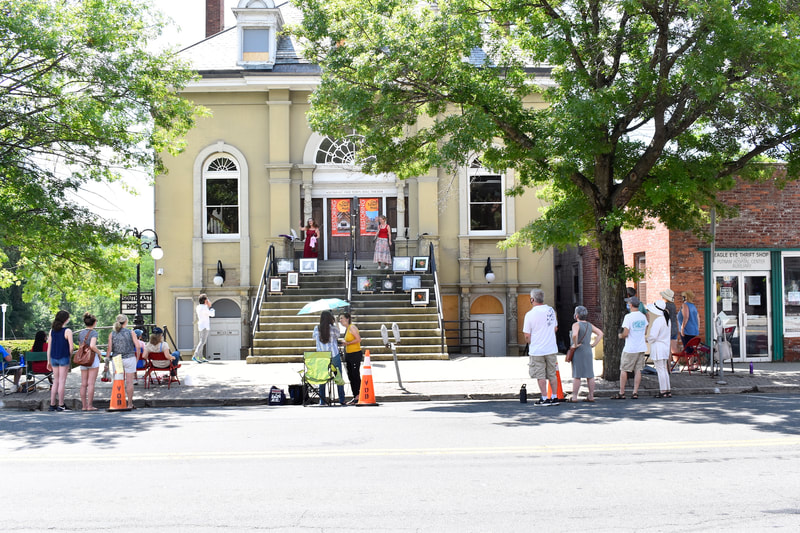 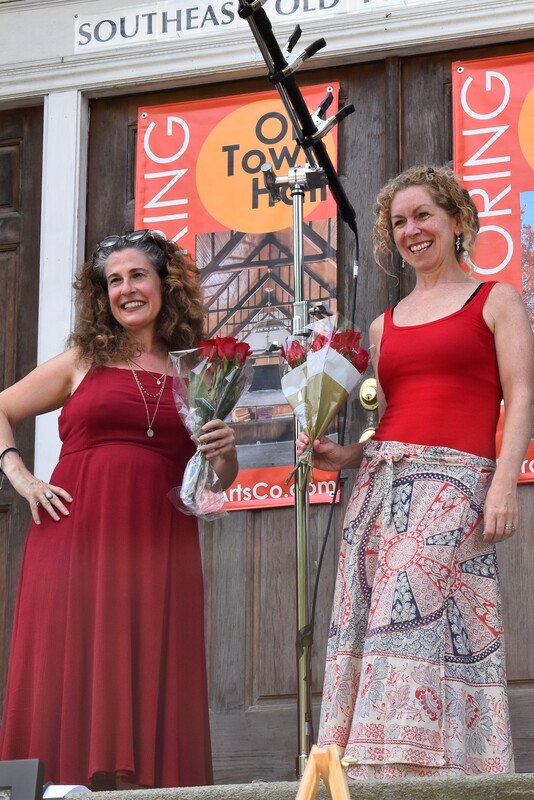 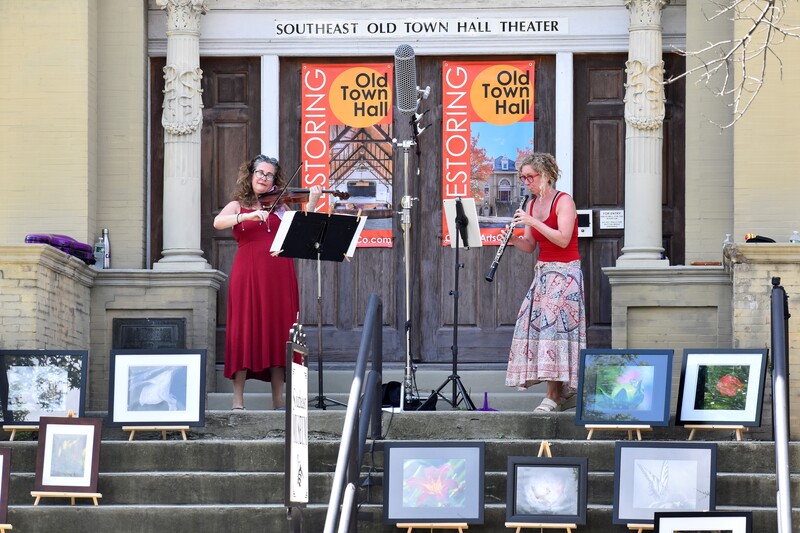 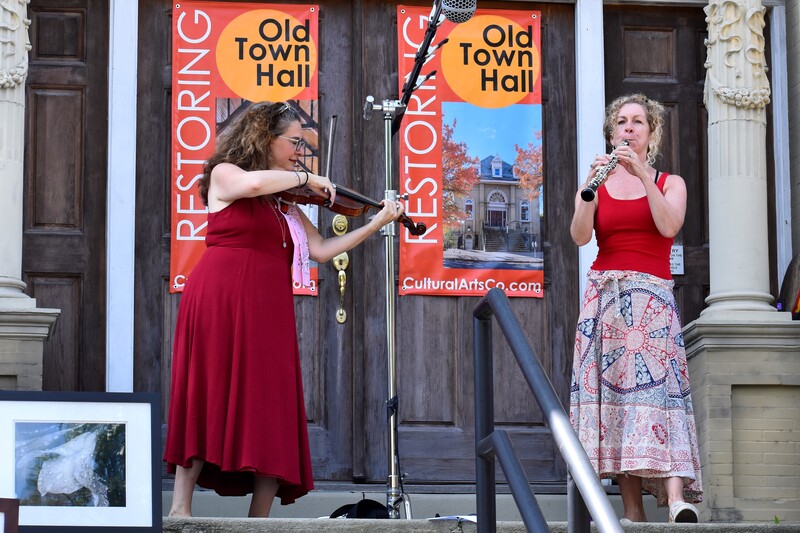 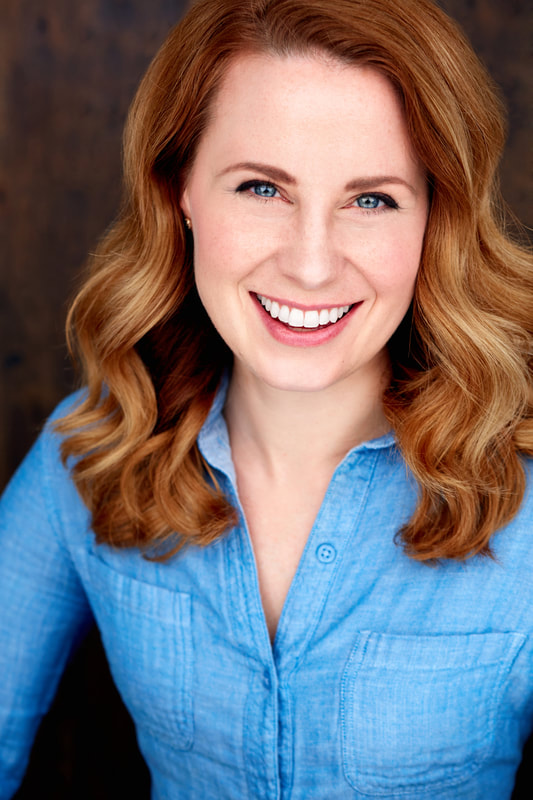 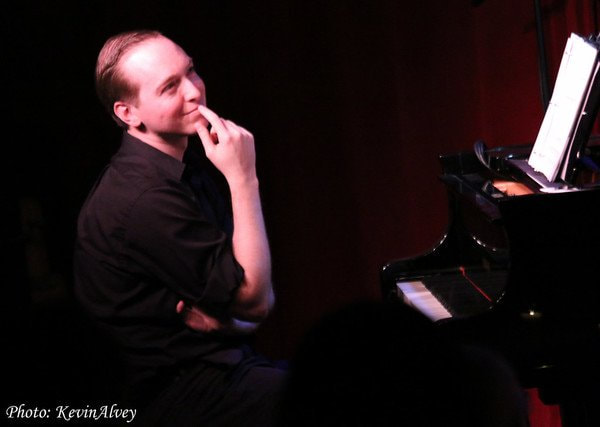 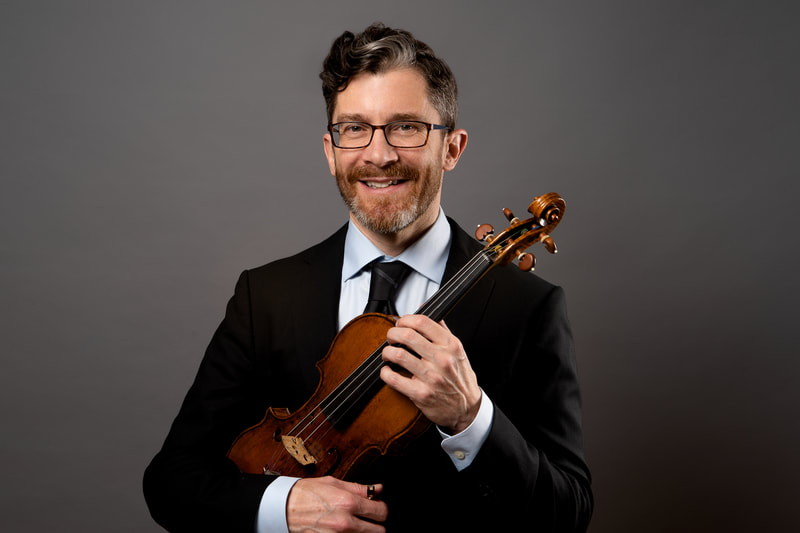 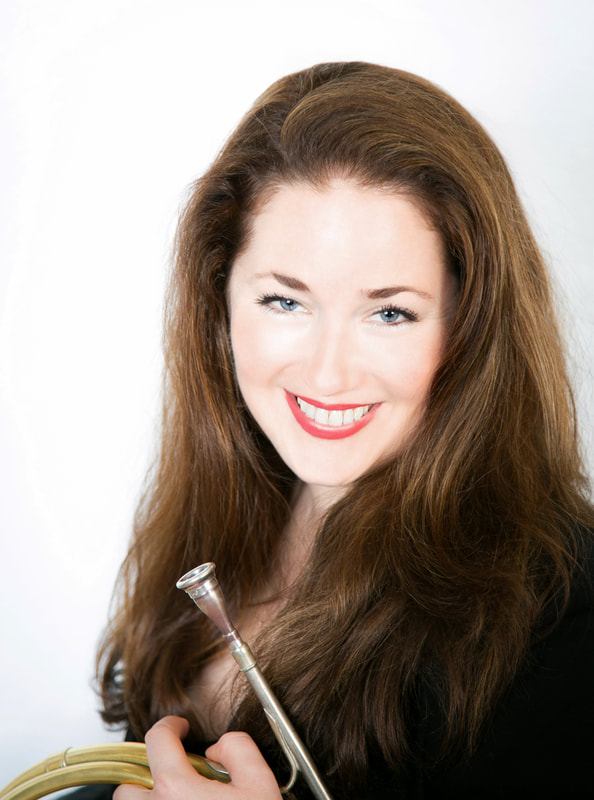 Start your new year at a peaceful gathering, with music, poetry readings and camaraderie at this popular event. As we celebrate all of our community this New Year, we are collecting canned or dry food items to assist those in need.

Three of our featured performers met and became fast friends in the pit - the Broadway orchestra for A Gentleman’s Guide to Love and Murder, the winner of the 2014 Tony Award for Best Musical. Paul Staroba, piano and musical director; Robert Zubrycki, violin, and Shelagh Abate, french horn. They will be joined by the vocalist and violinist, Erica Spryes. The musical selections will include the Trio for Violin, French Horn and Piano by Johannes Brahms, Journey by L. Subramaniam, selections from J. S. Bach’s Goldberg variations will played in memory of Stefani Gosselink, works by Ralph Vaughan Williams, some Broadway favorites and a sing-a-long of Auld Lang Syne.

Works by the poet, Demetrios Trifiatis, Ph. D in Philosophy and retired professor from Duke University will be read by Judy Marano, Phyllis Polonkay and Alyson Denny.

Paul Staroba is currently the Associate Conductor of A Christmas Carol on Broadway. This dynamic performer has many Broadway credits, including: My Fair Lady, War Paint, A Gentleman’s Guide To Love and Murder, Next to Normal, A Little Night Music, and Grey Gardens. Off-Broadway: The Mad Ones, Dear Evan Hansen, Far From Heaven, and Carrie. His next show will be Company starring Katrina Lenk and Patti Lupone on Broadway.

Erica Spyres is an actor, singer, and violinist who made her Broadway debut in Rodgers and Hammerstein’s Carousel. For nearly two years, Erica toured the US, Canada, and Japan with the Once First National Tour. Then, she spent two months in Paris performing in Passion opposite Natalie Dessay at the Théâtre du Châtelet. She has been a soloist with The Boston Pops, Sondheim Unplugged at 54 Below and Springfield Regional Opera. For her work on stage, Erica has received an Elliot Norton Award for Tribes and IRNE Awards for Camelot, Avenue Q, and The Light in the Piazza.

Shelagh Abate is one of New York’s most sought-after musicians. Known for her simultaneously warm and assertive sound, her versatility and musical intuition has earned her a place in the lexicon of NYC’s busiest performers. Shelagh has opened more than one dozen Broadway productions. Among them are Mary Poppins, A Gentleman’s Guide to Love and Murder, South Pacific, Honeymoon in Vegas, Evita, Fiddler on the Roof, Anastasia, and most currently Disney’s Frozen. Since arriving in New York in 2006, she has performed regularly with The Metropolitan Opera Orchestra, The Mostly Mozart Festival, The American Ballet Theater, The American Symphony Orchestra, and has been principal horn of the Vermont Symphony Orchestra since 1999. She is a founding member of the award-winning Triton Brass, and on the faculty with the Atlantic Brass Quintet International Summer Seminar.

Violinist, Robert Zubrycki, is the director of the Concerts Around the Corner series. He is currently Concertmaster for the New York City Chamber Orchestra, a member of the American Symphony Orchestra, and the Stamford Symphony. He has recently performed as Concertmaster for the New York Choral Society at Carnegie Hall, Encores! at City Center, Opera Orchestra of New York and is the acting Concertmaster for the Northeastern Pennsylvania Philharmonic. He also performs in the orchestra for American Ballet Theater at Lincoln Center, is Assistant Concertmaster for Orchestra Moderne and a regular performer at the 92nd St. Y’s Lyrics and Lyricists series. A veteran of dozens of Broadway shows, Robert was recently a member of the orchestras for Kiss Me, Kate, Rodgers and Hammerstein’s Carousel, She Loves Me and A Gentleman’s Guide to Love and Murder.